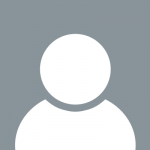 Julius sat in on Rear Admiral T'Vrell's presentation of the Breen and the Tzenkethi and it was just as he had witnessed these past few years. Deep down on the inside he was still upset with the Federation Council ordering the withdraw from the border regions in that area; too many of their people who had lived in the regions beyond Federation borders and even close to them: were left like lambs to the slaughter. As he walked back in to his briefing room he held his hand up and dismissed Rachel from making another entrance announcement, once was enough; everyone know knew who he was. "Welcome back," replied Julius as he cracked his knuckles. "We will be continuing our discussion on Task Force 72 and what I like to call Region Two: Which consists of the Breen Confederacy and the Ferengi Alliance," he said as he pressed the clicker and on a massive screen that appeared out of nowhere with a 3D projected images of the symbols of those three governments.

"As you all have now heard Admiral T'Vrell's presentation on the Breen that make up Region Two, I will discuss the third party of the Region the Ferengi and the Task Force's approach to the situation as a whole," he said as he cleared his throat, and poured himself another full glass of iced tea and took a sip. "We all know about the Ferengi Alliance for the most part, which is still headed by Grand Nagus Rom; and since his rise to power in 2375 I can say that some of the ruthlessness has been curtailed, but not their greed," he said with a slight chuckle. "However, due to the escalation of the situation caused by the Breen; and the Federation not wanting to ruffle the feathers of the Breen. We have all but stopped patrolling any system or planet that is beyond Federation territory; and I can also say that because Starfleet has pulled back in the area, the Breen have also attacked colonies and settlements within our territory as well," he stated has he paused and showed clips of devastated worlds that had been attacked by the Breen.

"Because of this situation, the Ferengi have discovered a new business proposition with the settlements and colonies outside of Federation territory. They have resulted in creating contractual agreements that if they pay; they will provide the protection against the Breen," he said as he clicked to an image of a Ferengi warship in orbit of one of the settlement planets. "Starfleet Intelligence thought that this was the total practice of the Ferengi Alliance, only to discover that it is a few Daimon's who have banded together to offer these protective contracts; in return for strict mineral rights and decades long contracts of construction mines, and in some of the contracts the fine print allows the Ferengi to use those citizens to 'help' mine the minerals and ore from the ground," he stated.

"However unethical these practices are, the Grand Nagus cannot stop a Ferengi from making profit; as the Eighteenth Rule of Acquisition states 'A Ferengi without profit is no Ferengi at all'. Yet the most disturbing thing out of all of this is that the Ferengi will run at the first sign of trouble," Julius stated as he sipped some tea and crunched on a piece of ice. "The USS Piedmont a Steamrunner class starship under the command of Captain Elizabeth Banes, received a distress call from a border settlement at least two light years outside of Federation territory. Once they arrived they discovered that the settlement had been hit by Breen raiders, with multiple people wounded and killed. Captain Banes discovered that the Settlement's administrator had just signed a protection contract with the Ferengi; and when the Breen arrived in system they fled. You would think that would be a breach of contract in sighing a protection agreement; however the clause in the contract states that the contract is still binding if the Ferengi have to protect the primary assets of the contract which is themselves. As of right now a couple of a cases are before the Federation Council to help them break these contracts, however as a word of caution; where the Ferengi will not tempt the Breen, they will temp any Federation starship as they believe they truly know the nature of huwmans."

"The situation in Region two is not the best, on one hand we have the Federation withdrawing patrols of outlying worlds and settlements to keep from going to war with the Breen. The Ferengi have been exploiting these people as they do not have the defenses to deal with the Breen. It has also been reported that a few of the settlements have managed to purchase weapons through other means; and have outfitted shuttles and cargo craft to protect themselves from Breen aggression. Truthfully I see another Marquis forming in the Region Two area, and we are attempting to stop that from happening as well. Are there any questions?"